A study funded by Pedal the Cause dollars in 2017 is making headlines. Rapidly dividing, yet aberrant stem cells are a major source of cancer. But a new study suggests that mature cells also play a key role in initiating cancer — a finding that could upend the way scientists think about the origins of the disease. 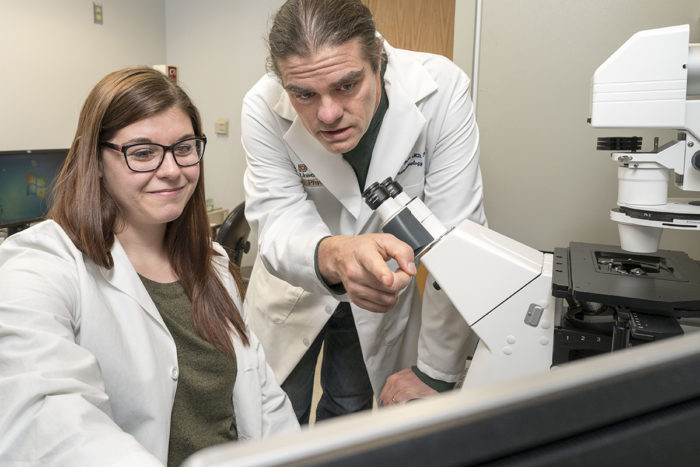 Researchers at Washington University School of Medicine in St. Louis have found that mature cells have the ability to revert back to behaving more like rapidly dividing stem cells. However, when old cells return to a stem cell-like status, they can carry with them all of the mutations that have accumulated to date, predisposing some of those cells to developing into precancerous lesions.

The new study is published online in the journal Gastroenterology.

“As scientists, we have focused a good deal of attention on understanding the role of stem cells in the development of cancers, but there hasn’t been a focus on mature cells,” said senior investigator Jason C. Mills, MD, PhD, a professor of medicine in the Division of Gastroenterology. “But it appears when mature cells return back into a rapidly dividing stem cell state, this creates problems that can lead to cancer.”

The findings, in mice and in human stomach cells, also raise questions about how cancer cells may evade treatment.

Most cancer therapies are aimed at halting cancer growth by stopping cells from rapidly dividing. Such treatments typically attack stem cells but would not necessarily prevent mature cells from reverting to stem cell-like status.