ST LOUIS (January 22, 2020) – Following an extensive search, Pedal the Cause today announced the organization’s new Executive Director. Respected business leader, native St. Louisan, and long-serving Pedal the Cause board member David Drier will succeed Jay Indovino, who is stepping down on March 1 after ten successful years of leadership.

Drier brings to Pedal the Cause a lifelong love of St. Louis, 30 years’ experience managing complex organizations and producing high-level events around the world, and a personal and deep-rooted passion for the organizational mission. Ten years ago, Drier formed Team Victoria in honor of his daughter, Victoria, who was undergoing treatment for brain cancer. Drier lost Victoria in December 2018, and he remains a steadfast fighter for a world without cancer. He has been a team captain, a top fundraiser, an eight-year board member, a two-term board president and, now, takes on the top leadership role at Pedal the Cause.

Drier will lead the organization into the new decade, as Pedal the Cause seeks to continue making a critical impact on the community’s collective fight against cancer.

“As Pedal the Cause grows and we look at our next five-year plan, we are thrilled to have David’s leadership,” said President of the Pedal the Cause Board of Directors and Edward Jones Principal Brian Ashworth. “He will build on the incredible work that Jay Indovino accomplished during his ten years and ensure that Pedal the Cause pushes ever closer to a world without cancer.”

A highly effective business leader, Drier brings three decades of experience at the helm of large organizations. He served as President & Chief Executive Officer of Intrav and Clipper Cruise Line, and most recently led the team at Drier Hospitality Group as its president. Drier’s hiring by Pedal the Cause speaks to both his professional reputation and his personal integrity.

“Pedal the Cause founders Bill and Amy Koman inspired me from day one, and it was an honor to form Team Victoria and ride alongside the remarkable members of the Pedal family,” said Drier. “It’s a great privilege to be asked to lead as the Executive Director, and I will use this role to inspire others and to direct even greater resources toward cancer research here in St. Louis.”

Drier assumes his new role on the heels of a record-breaking year that saw $4.7 million in research funds raised for Pedal the Cause’s beneficiaries, Siteman Cancer Center and St. Louis Children’s Hospital.

“It was an honor to lead this organization from its beginning stages,” said outgoing Executive Director Jay Indovino, who oversaw the growth of Pedal the Cause from a grassroots bike ride to the region’s most successful peer-to-peer fundraising event. “Based on the passion and skill I’ve seen from David over the years, I know that Pedal the Cause is in terrific hands and poised to grow even further.”

Drier will take up the position of Executive Director on February 3. To learn more about Pedal the Cause and its work to achieve a world without cancer, please visit www.pedalthecause.org. 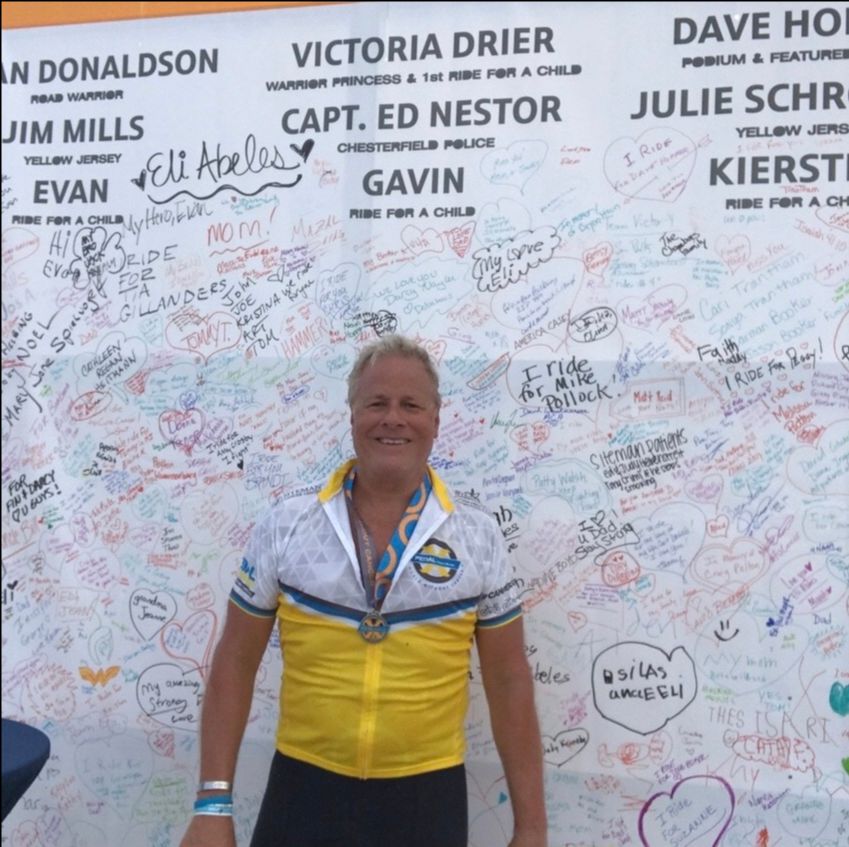 2019 Pedal the Cause. David in front of memorial wall featuring name of late daughter, Victoria Drier (namesake of his team, Team Victoria).